Welcome to the Rockwell Music Academy

Creating music since 2017, Rockwell Music Academy provides music education in Cahir, Co. Tipperary. As a student, teacher, parent and examiner I have experienced firsthand the benefits of music education. Through our new, modern facilities and highly accoladed tutors, we endeavour to share our combined passion for music, nurturing the talent of each of our students. We have aspirations to be a hive of activity so come and join in the music making!

Suzanne hails from Carrickfergus. Having studied at UUJ, DIT, TCD and UUC she relocated to Warsaw, Poland in 2006 due to her husband’s work commitments. There she was a Music Specialist at the British School. Suzanne also implemented the inaugural ABRSM examination session in Warsaw along with regular gigs for embassies.

On return to Tipperary in 2010 Suzanne undertook her Speech and Drama teaching diploma with Miriam Daly accredited by Royal Victoria College, London. In 2013 she was added to the panel of local centre examiners for the Royal Irish Academy of Music. Suzanne also accompanies grade exams, recitals, auditions and Leaving Certificate and Junior Certificate practicals.

Suzanne’s main interests are Musical Theatre and Music Therapy. The latter demonstrated in her voluntary position as Lead Musical Director for ‘Something to Sing About- global choir for cancer survivors’ from 2013-2016. Suzanne has been involved in numerous shows both on stage, in the pit, conducting and directing.

For the past 10 years Jayne has been teaching the internationally-acclaimed Kindermusik music and movement development programme to infants, toddlers and young children and also works extensively with children with special needs. She is constantly inspired that every child, regardless of their age or learning ability, responds and learns through music.

Originally from Sydney, Jayne had the privilege of growing up in a musical family and from a young age studied Classical Violin playing with the Western Sydney Youth Orchestra and various string ensembles. From a very early age she discovered her singing voice and has sung extensively in many choral groups and choirs in Australia and Ireland.

Now calling Tipperary home, Jayne is committed to sharing her experience and love of music with young and not-so- young in her community. In recent years she has been instrumental in establishing and directing a local adult choir and has been involved in various choral projects with the local Arts Festival. Jayne has had the pleasure of directing a number of choral projects with one of the local primary schools and she has established various pop up youth choirs for special occasions. 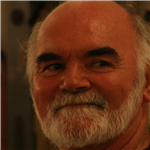 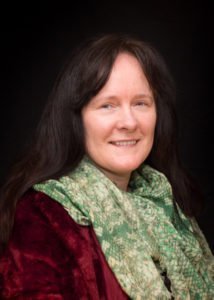 Fidelma is a music graduate of N.U.I. Maynooth, studying piano, accordion and violin. She works as a primary teacher at Our Lady of Mercy N.S. in Cahir and currently directs the school choir aswell as having a particular interest in the benefits of music for second language acquisition and
for pro-social behaviour.

She is one of the founding members and musical director of Cahir to Sing – a ladies’ choir based in Cahir which seeks to build community through singing and through members connecting artistically with each other.

Fidelma’s main interest is in Church Music and she is organist at St. Mary’s Church, Cahir where she began a young organists’ programme in 2016 to encourage children to participate in music in the liturgy.

She has been involved in numerous performances both as accompanist and conductor and accordionist with an Argentine Tango Trio. 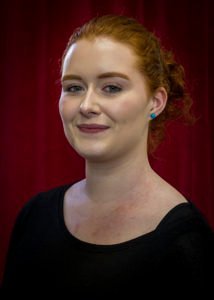 Nicole is a native of Thurles, Co.Tipperary. She started her musical training in St. Angela’s Academy of Music in Thurles, where she took lessons in Flute, Piano and Voice (Classical & Musical Theatre). In 2018, she graduated from CIT Cork School of Music with First Class Honours (BMus). During her time in Cork she was a member of many ensembles including CSM’s Symphonic Wind Ensemble, Symphony Orchestra and Cappella Lyrica, an equal voice choir which competed at both national and international levels. 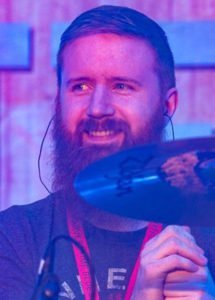 Gev Barrett has been teaching drums for over 10 years, and is a full time professional drummer based in Clonmel, Co. Tipperary. He currently teaches out of his own school based in Clonmel, Co. Tipperary and out of Rockwell Music Academy. He drums with Crow Black Chicken and Philip Donnelly’s Mid Atlantic Rhythm Section, recording on 7 albums and multiple EP’s, touring extensively in the USA, UK and Europe, sharing the stage with multiple artists. Gaining from his experience of touring and recording he has developed a lesson plan which can be adapted to help each student progress in their preferred field of drumming, from rudimental drumming, to styles like Rock, Jazz and Latin. His first book for beginner drummers is set for release in 2019. 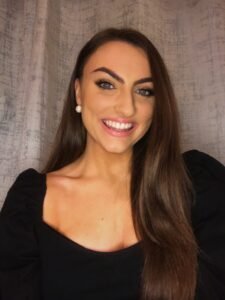 Nicole is from Cahir Co. Tipperary. She has a true love for everything singing, dancing and acting. Nicole studied a Bachelor of Arts in Drama and Theatre studies in University College Cork and is a highly trained vocalist. She has her vocal grades and has achieved an Honours in her Senior Certificate with The Royal Irish Academy of Music, she has also completed up to grade 7 in Speech and Drama with The Leinster School of Music and Drama. Last year Nicole completed an Acting for Camera course with The Gaiety School in Dublin.

Nicole is a professional events singer and has performed in many plays and musicals, such as Grease, Jesus Christ Superstar and Les Miserables with musical societies in Tipperary, Cork and Waterford. She has a huge passion for boosting her students confidence, reaching their full potential and having lots of fun!

A native of Hanoi, Vietnam, Quynh Shannon began her studies in piano studies at the Hanoi Conservatory, earning an undergraduate performance degree. She was awarded a DAAD (German Academic Exchange Program) scholarship to complete her Masters degree (also in piano performance) at the Hochschule fuer Musik Karslruhe, under Michael Uhde, and studied chamber music accompaniment under Wolfgang Jahn. In this time she performed many piano concerti with orchestra, including Schumann concerto, Chopin 2ndconcerto, Poulenc double etc.

On successful completion of her masters, she undertook a second masters degree at the Hochshule fuer Musik Mannheim, specialising in Lied accompaniment and chamber music performance under Michael Hauber.

On moving to the USA in 2009, Quynh was appointed Piano Instructor at Savannah State University, a position she held for 10 years before moving in 2019 to Ireland with her family.

Darragh is from Clonmel, Co. Tipperary. He completed the Bachelor of Music at MTU, Cork,
where he achieved first class honours. At MTU, he took lessons in Voice, Flute and Piano, along
with receiving training in Counterpoint and Harmony. Darragh has been taught by some fine musicians, including Eilis O’Sullivan (Flute), John Molloy (Voice), and Rockwell Music
Academy’s own Suzanne Buttimer (Piano and Voice), to name but a few.

Along with this, Darragh is also a member of the band ‘Code of Behaviour’, in which he plays the
tenor saxophone. They have performed at many large scale events, including Whelan’s, Electric Picnic and Cork Jazz Festival. 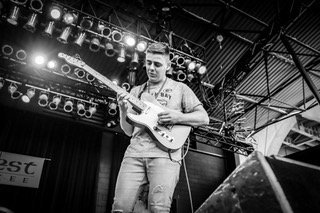 Richard Delahunty is a multi-instrumentalist from Cahir, Co.Tipperary. Banjo, mandolin, acoustic and electric guitar and bodhran are his instruments used on a weekly basis in performing Irish Traditional, Folk, Americana, Rock, Funk and Jazz music.

Richie at age 25 is well travelled throughout Ireland and abroad having played with bands such as Moxie, Goitse, Cúig, Boxing Banjo, The Fureys, Acabella, Chris Leonard, NOMIS, Bene &
Cormac and many more. His most recent venture was playing Irish music with Moxie at the Dubai
Expo for the months of October and March on behalf of the Department of Foreign Affairs and

Farrell (The Corrs, Brian Kennedy) and a number of others.

Richie is an Ireland title holder in U18 and Senior Mandolin as well as Senior Miscellaneous
for tenor guitar. He has recently mentored the group ‘Lasrach’ to All Ireland victory at Siansa Gael
Linn 2022 in NCH Dublin. He is a graduate of the UCC BA Music and Arts degree and currently 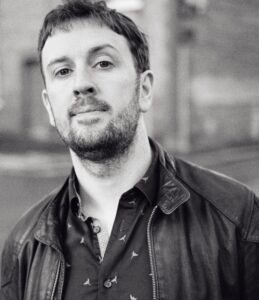 Tommy Buckley has been working as a freelance guitarist, composer, and teacher for over 18 years. He has toured and recorded with many international acts such as; Celtic Woman, Tommy Flemming, Derek Ryan, and the National Concert Orchestra. 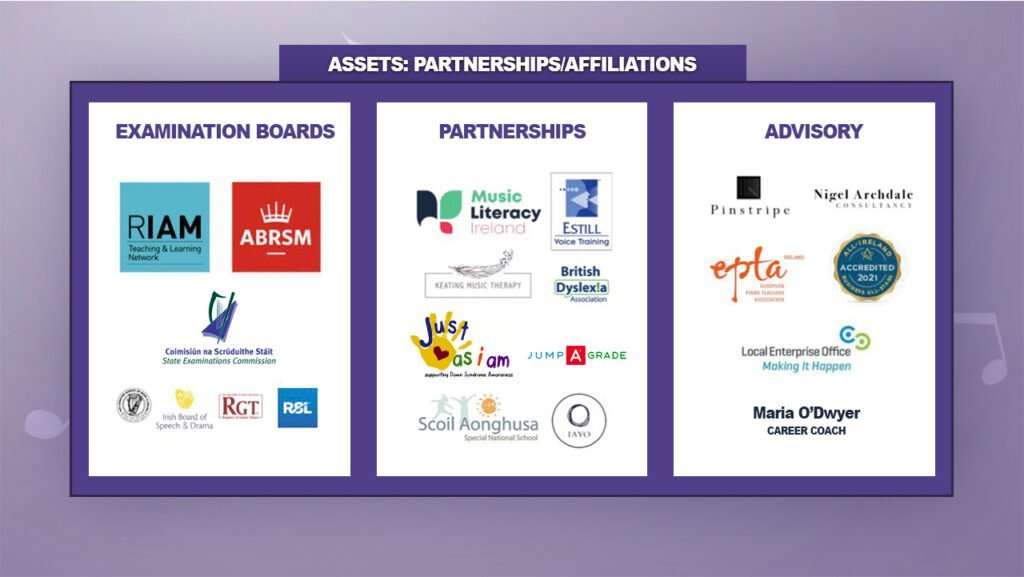